How it all Started
People write a lot about Jet Ski scams of Pattaya, but being two lazy Indians we never  researched on the wire and made all of our decisions impromptu. Well, we were sculling down the beach around evening when an odd-looking guy approached us to take the jet ski ride. He accepted our bargain in a jiffy and asked us to take two jets for 300 Baht (for roughly 20 mins). We filled out the forms and out-rightly ignored the warnings about damage to the boat. Now, he took some snaps of us sitting on the jets which we thought he would sell later on for 20-30 bahts as souvenirs. We were in water for more than twenty minutes but to our surprise no one complained. 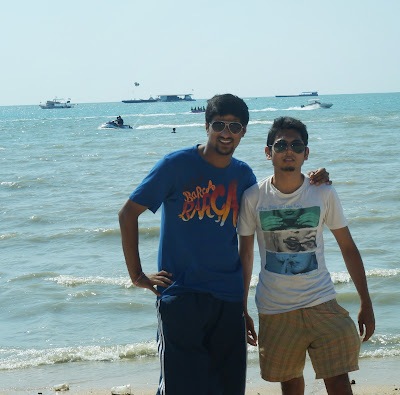 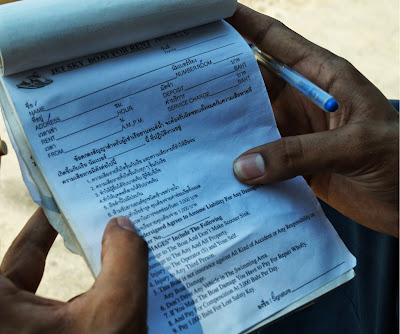 Form filling and stuff, before the ride (that we ignored)

The big trap Uncovers
As we came to the shore the operators suddenly seemed interested in our boats and started complaining about some scratch-marks on the boat. To be honest we were still confused at first and took everything as an insignificant issue and even complimented the operators about the ride. They even showed us the pictures of jet-skis without scratch. And slowly new faces started to appear out of nowhere who spoke in very aggressive tone. We also argued equally until we realized that we were outnumbered and could invoke some serious trouble. A guy who self-proclaimed himself as Thai Mafia, quoted a price of 19,500 bahts (INR 40K) for two boats. This was an impossible-to-pay price for us. 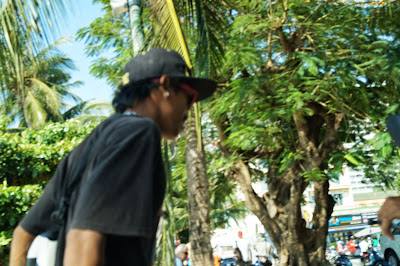 Tik Tok on the Clock
Now we sat there in despair for about four hours. Meanwhile, three fake policemen paid us visits and offered minor bargains. Interestingly, these fake cops never checked the boats once. But what are your chances, you know they are fake and still can't argue over it. The third policemen was an old security guard. The most irritating part was that we were trapped in the busiest hour (well nights are even busier in Pattaya, but still) and with many pair of eyes simply watching the show. We saw some familiar Indian faces amongst the crowd and asked them for help. It turned out useless. We would talk in hindi with them about how to bargain or how to save our ass and run, but it annoyed them even more. 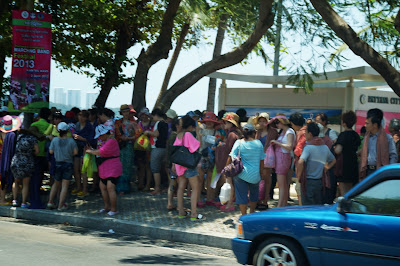 Trapped amid the busiest hour

The Deal
We offered them a ludicrous price of INR 2K in the beginning and stuck to that for 2 hours. They stepped down to 15K and asked us to sell our cameras and phones and watches. Suddenly one fat guy rose and hit me on the face with the a plastic bottle. I went bananas and raised my voice. My friend reminded me in Hindi about how helpless we were. Finally after an hour of polite imploring and  constant reminding of us being mere students they somehow came down to 10k. This is the tricky part, many people would agree to this price and run. In spite of being suggested by many Indian pedestrians and told by our relatives back home to settle at this price and get away with, we held our grounds firm and played on the fact that they were getting late for their new trap. 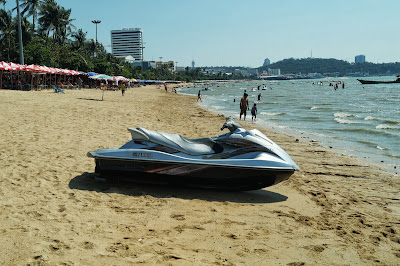 Fortune favors the Brave
Problems are solved when least expected. While my friend was cursing the fattest guy of the group, the very fat guy offered a final bargain of 6K. We were somewhat happier as this was coming to an end. Now, as my friend went to withdraw cash from the ATM, conveniently just across the street, a policemen (and this time he was genuine) approached me. He inquired if there was any trouble and I, taking him as yet another cop on their side, humbly said no. Meanwhile my friend also returned with the dough. The cop came again and asked me to tell the truth. I said that the matter is resolved and we were going to pay up the compensation. He directed my friend to pay then and there. Two of the Mafias refused to accept the cash saying it wasn't even their boat. The bulb on our heads went alight.

The Messiah
We started crawling out of the scene when mafias and the cop got in some serious altercation (in Thai obviously). Then we disappeared into a street and sprinted our way until we ran out of breath. A Sri-Lankan guy came running behind us and explained the whole story. He had called the cops when he saw the fat guy hitting me on the face. And he called him again when my stupid brain sent the cop away. Well truly he had cut the Gordian knot for us. He suspected that the mafias were looking for him and he was booked there for a week. The best part was that he recalled us from the night before rambling around in the main street of Pattaya. At long last, the three of us drifted into darkness.