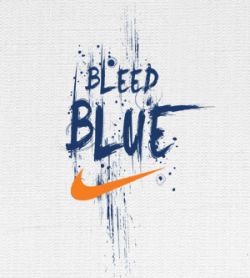 WE FEEL
From passion to dedication or hard work to patience, India did everything right. Dhoni's Blue capped brigade, diligent and coherent, thrashed the Lankans out of the #cwc in finals at Wankhede Stadium, Mumbai April 2nd 2011.
Every Indian jumped out of his couch when the Captain Cool himself smashed a massive six (the winning runs) out into the crowd, and bringing the cup home again after a span of 28 years. Sachin Tendulkar(#sachinisgod) has finally seen a cup, BRAVO!
HE FELT
This is about a small boy Ramesh, who lives in the upper valleys of mighty Himalyas. He is a big fan of cricket and Sachin Tendulkar is his favourite player (just like anybody). Apparently, in his town there is no Television. He walked 13 Kms each day just to check if his country is winning.
One day his mother told him "why are you wasting your time, as if India is going to win the cup!" Being a true devotee he revolted and felt sad.
The day India lost a close match against South Africa, many people lost the hope and so did his mother. She banned him from going anywhere outside the village, rather asked him to help his father in work.India kept on winning proving every one wrong.
He was not able to watch the Finals, but on learning India won the cup, he wasn't able to express his feelings for few moments. Jumping through the house, carrying his euphoria, he didn't say a word to his mother.
He and his father celebrated all through the night bursting crackers and eating delicious food(which by the way was very unusual). At the time of supper,after releasing most of his energy, he saw his mother crying.
He stood up and said "It is only because of you, that I'm so happy today. I'd never have been so special if I went there and saw every match" and then she smiled.
Email ThisBlogThis!Share to TwitterShare to FacebookShare to Pinterest
Labels: Cricket, News